Home
About N&S
About N&S Board Financial Information
Group Companies
The Health Lottery Westferry Printworks N&S Ventures
Philanthropy Contact Us
About N&S
Richard Desmond founded Northern & Shell in 1974 as the publisher of the music magazine International Musician and Recording World.

Vision, determination and attention to detail helped the fledgling business extend beyond a music magazine heritage into the leisure and specialist magazine markets. By the late seventies, the group had developed a worldwide presence.

In the coming decades, after acquiring and launching prominent national newspapers and celebrity magazines – including the Daily Express, Sunday Express, Daily Star, and OK! magazine – the group went on to add leading television broadcaster Channel 5 to its media portfolio. In October 2011, Northern & Shell launched The Health Lottery as one of Britain's most innovative philanthropic ventures in recent years. The group further diversified its operations in 2014 by launching Northern & Shell Ventures, a venture capital investment arm that has supported dynamic start-ups: Cheeky Panda , ffs Beauty and The Craft Store (Hochanda) . Previously, Northern & Shell Ventures has successfully invested in and exited the well known property brand Open Rent.

With the sale of Channel 5 to Viacom in 2014 and its print publications to Trinity Mirror plc (since renamed Reach plc) in 2018, and with the creation of the iconic Westferry Printworks property development project, Northern & Shell completed its transition from the media business to carve out a space for itself along new frontiers at the forefront of British industry. 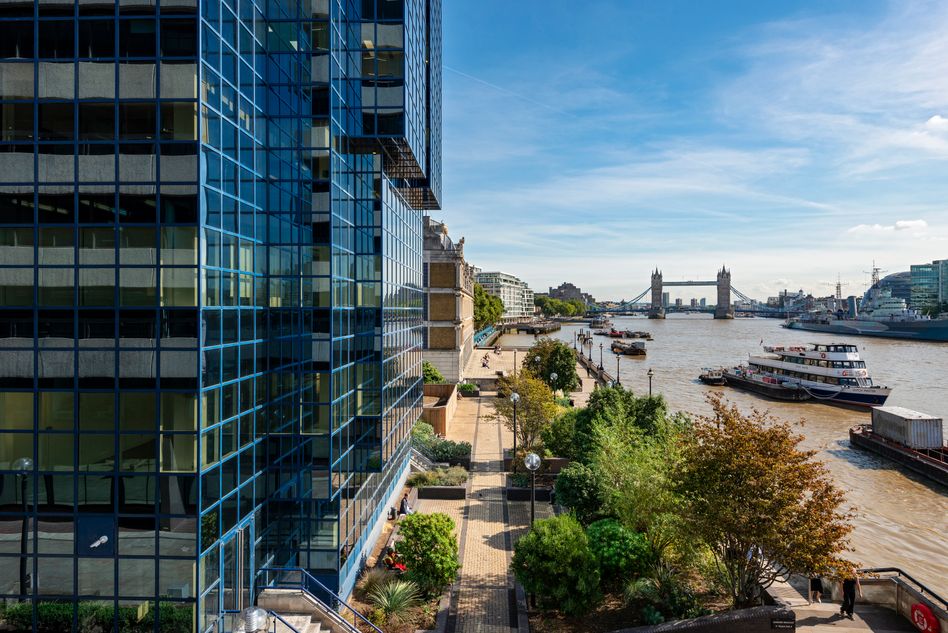 Headquartered in a landmark office building with an iconic blue glazed elevation on the north side of the River Thames. The property is located on the south side of Lower Thames Street and benefits from excellent communications and transport links. It is a short walk from Monument, Bank, Fenchurch Street and London Bridge underground and mainline stations, providing access to the Northern, Jubilee, Waterloo & City, Central, Circle and District lines, as well as mainline rail services.